The ULTRA TRACE OF SAINT JACQUES is a race in stages which will proceed between LE PUY EN VELAY and SAINT JEAN PIED DE PORT from the 8th to the 19th of July 2018. It will start with a 24 kilometers prologue, which will take place on Sunday 8th in the afternoon following by 11 stages from 54 to 70 kilometers. It will borrow the totality of the GR 65 (waymarked path) on ways, paths and roads. Approximately 50% of concrete road .
It will cross the departments of Haute Loire (43), Lozère (48), Aveyron (12), Lot (46), Tarn et Garonne (82), Gers (32), Landes (40) and Pyrenées Atlantique (64).

The difficulties of the course will result because of length from the stages, of difference of level of certain stages, the weather, the nature of the ground (rain = fatty ways). But all these difficulties and the landscapes will still make this race more beautiful.
Assigned time to complete each stage is being studied and will be notified later.
This race is OFFICIALLY a gathering of long distance runners.
Nevertheless a daily classification will be carried out as well as a general classification by cumulating the time of all the stages for each participant. The organizers will provide with supplies every 10 kilometers but runners are authorized to supply by themselves on the way (fountains, bars, groceries, at the inhabitants) or to be accompanied by a conveyed personal assistance who will have to comply with rules imposed by the organization. A road-book and a map (1/30000 maximum) of the course will be provided by the organization. The marking of the course will be that of the GR 65 (each runner has to be attentive throughout the course) Some arrows will be on the way to folllow. The organization will ensure timing and establish the classifications by stage; cumulated classification which will be diffused each evening.
Basic lodging (gymnasium, municipal hall) will be proposed with each stage, the detail will be given to you at the time of the edition of the complete payment. It is advisable to envisage a basic camp-site material: sleeping bag, mattresses… the luggage of the runners will be transported each day from city-stage to city-stage. The evening meals will be ensured by the organization (served in a restaurant or at the gymnasium by a caterer). Each runner will have to envisage its breakfast for every day of the race.
The organizers will take care of the good progress of the race based on the mutual respect and the honesty of the participants. You will find hereafter the payment of the ULTRA TRACE DE SAINT JACQUES (to be supplemented). In case of interrogations, for a more effective exchange we highly recommend you to communicate by email ultratracestjacques@yahoo.fr.

3. CONDITIONS Of INSCRIPTION
To be registered, runners have to be major and are committed running under their own responsibility. With their bulletin of inscription, participants have to join this payment which they admit accepting by signing it.

4-CONTROL DEPARTURE
Registered participants will have to be in LE PUY IN VELAY, town of first stage departure (hour and place will be notified to you later).

5-COURSE OF THE STAGES – DELAY LINES
The departure of the first stage will be given at 3.30 p.m. The other departures of stage will be given around 6.30 a.m. for the whole of the runners.
A delay line of passage of the finishing line will be established each day as 5km/h. Example : For a stage of 60 km the time limit is 12 hours. The A delay line will be also due at the level of the last supply of each stage. Any runner finishing a stage past-due is eliminated.

6- COURSE
Organizers are allowed to modify, shorten, neutralize or change the course of a stage for some reasons. Runners will have to follow these modifications under penalty of discrediting themselves.

7-RUNNERS OUT OF RACE
Disqualified or giving up runners or having could be authorized to continue the race with the vehicles of the organization and this, within the limit of the available rooms. If there would be no more room inside these vehicles, runners will have to be able to follow the race by other vehicle or will be deposited in the nearest station (road or railway). Runners who have given up the last, have priority to have room in the vehicles.

8- VEHICULES-SUIVEURS
The vehicles of assistance will be able to pick up runners on the spot of supply or in villages crossed by the race. Stops along the roads (when the course borrows them) by not respecting the Highway code or the safety of users will be prohibited. Warnings could be pronounced. Several warnings will be able to involve disqualification. The vehicles motorized or not will not be authorized to follow the runners on the ways or paths. The organization reserves the right to grant exemptions from this rule.

9- HIGHWAY CODE
Circulation remaining open on the totality of the course, runners and drivers will have to respect the Highway code. Isolated runners will evolve/move preferably on the left side of the road, in front of traffic, unless the conditions are more favorable on the right-sided (cycle track, better adapted side, steep turn on the left) as if they evolve/move in group. In the event of dangerous or reprehensible behaviors, warnings could be pronounced. Several warnings will be able to involve disqualification. The particular case of a crossing of railway whereas its barriers are lowered, will involve an immediate disqualification.

10- RACE DRESS
Runners have to wear quite visible clothing (light colors). If not, the port of a safety jacket will be imposed. The port of the safety jacket could be imposed on the whole of the runners under certain conditions of reduced visibility (rain, fog).

11 – STUFF (no exhaustive lists)
11.1 OBLIGATORY STUFF imposed in the bags.
1/ water and food supply
2/ survival blanket
3/ phone numbers of the organizers and volunteers
4/ fluorescent safety vest
5/lampe (frontal) with spare batteries
11.2 ADVISED STUFF
1/ warm clothing
2/ cellphone (although the course is often network low)
3/ adapted shoes (ones for trail and ones for road)

12- CARE
The organization will not ensure any care and will not deliver any drugs to the runners. If those need care, they will consult a specialist by their own. The organization could not be in charge in the event of bad health or of the physical problem of a runner. Runners are under their own responsibility.

13-RAVITAILLEMENTS
On each stage, stations of supply (drinks, fresh fruits and vegetables, sweetened and salted solid food) will be positioned by the organization approximately every 15 kilometers until the arrival. Runners are permanently authorized to supply themself (fountains, bars, groceries, at the inhabitant, conveys following

14- ROAD-BOOK
The course, recognized and measured, borrows the GR. 65 in its totality from THE PUY EN VELAY to SAINT JEAN PIED DE PORT. On the course, there are some alternatives which do not form part of the GR 65. The charts (maximum scale 1/30000) and the road-book will be provided to each runner.

15- ERRORS OF COURSE
The runners are not authorized to get into (or on) a vehicle whatever it is, even stopped, between the departure and the arrival of the stages. In the event of error of course, the lost runner must join the course by its own at the place where he left it. Only the vehicles of the organization are entitled to transport a lost runner to bring him back on the course.

16- UNWORTHY BEHAVIORS – COMPLAINTS
Runner and his/her possible guide(S) are teaming. Any behavior unworthy or out-payment of a member of a team, runner or guide, will be credited with the runner. For this reason, each runner is responsible for the behavior of his possible follower. Any runner will be able to complain to the director of race if he witnesses out of rules behaviors of other runners or runner’s guides. In the event of problems, those will be regulated by a Commission including/understanding 2 representatives of the runners, 2 voluntaries and the director of the race.

17- BRIEFINGS
A briefing will be held daily before each departure of stage and will be ensured in French (and can be in English). He is advised with the runners not speaking one about these languages to be accompanied by an interpreter.

18- LODGING – MEAL
A lodging of gymnasium type, municipal hall or other will be proposed to the runners and their guides (of reasonable number and as far as possible) at each stage. Consider personal equipment: groundsheet or mattress, sleeping bag. Showers are with the priority use of runners to be sure the will be able to have hot water. According to their number, it will be requested from the guides not to use them before the meals. The dinners will be ensured by the organization: served by a caterer or in a restaurant after each stage. Meal will be proposed to the guides for an amount of money which will be decided later. Breakfast are not provided and so under the responsibility of each runner. Breakfast time will be notified later. The ULTRA TRACE OF SAINT JACQUES is a NO SMOCKING ZONE (gymnasia, restaurants, stations of supplies….) for the runners as for their guides.

20 – INSURANCES – RESPONSIBILITY
The registered runners accept those rules and make them available of their guides. Runners and guides take part with full knowledge of the facts and under their own responsibility, knowing that neither themselves nor none of their beneficiaries will be able to sue for some reason the organizers. Each runner must check if he is personally ensured to take part in this type of race.

21-REGISTRATIONS
Registrations are open from November 1, 2018 limited to 25 participants. Beyond 25 pre-registration a waiting list will be open to mitigate possible withdrawal. Registration fees are 840 € to pay in the order of ALTI & CO 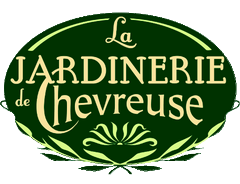